I got up early as I had an interview on Good Morning Utah.  While I had breakfast, I watched the sunrise over Salt Lake City. 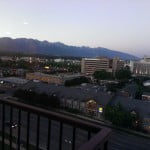 Then I got ready for my TV Interview and headed to the station. 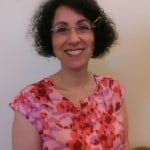 The station had a camera set-up in the green room.  A cameraman came in, filmed me talking off the cuff about the convention, the hobby, my book, etc.  He said this segment would be airred later that day.  At that moment I thought I was really lucky to have two segments air in one day (similar to what happened when we went to Calgary AB).  Then I began to wait to be called into the studio.  In the meantime, Sue (who was in the studio for her makeover reveal) and I began to chat.  She heard me talking about sweepstakes and I discovered she was a fellow sweeper.  We chatted and I waited.  Then the show was over and I had not been called into the studio.  I thought I had made an error and wasn’t on their first morning show at 9am Good Things, but on their second morning show at 11am The Daily Dish.  So Sue and I kept chatting and chatting and chatting. At 11:30am we realized the green room was empty.  It then occurred to me I may have misunderstood the Producer and the little segment I filmed two hours prior was all I came in for.  Sue and I went out to reception, asked if I was needed for anything else and was told no.  Too funny.  Only me.  Who else could sit around a television studio for 2 hours for nothing?  (I call crazy events like this in my life “Carolyn Adventures”.  Thankfully, they are always fun!)  Sue was really sweet and drove me back to the hotel.

I arrived in time to grab a quick bite of lunch and begin to help Tom (IWINCONTESTS) out on his table in the vendor room as working a table alone is hard plus we were promoting our join #CQTour workshop.

Thursday evening was the convention Meet & Greet.  It is always a wonderful opportunity to connect with newbies (attending their first convention) and old friends.  We each had 10 tickets for the Pick-a-Prize raffle.  I put 5 in for a $50 gas card and 5 in for a Guess purse.  I didn’t win either. It’s OK as there is a lot of prizes to be won over the course of the weekend.

Afterwards I went to my room, put my PJs on and attempted to blog.  Where out room is situated in the hotel, we have very weak WiFi, so I headed out to the lobby to get a better signal.  Of course I found a group of friends chatting.  I sat down, chatted until 1am and got no work done.  Brent (Online-Sweepstakes) commented on how if it’s after 9pm, I am always in my PJs.  It’s true, I like to be comfy.  Besides I won them (a $50 Joe Fresh gift card) so how could I not wear them.

If you want to be part of the fun, next year’s convention will be held from August 27th-31st, 2014 at the Rosen Shingle Creek in Orlando FL. Details can be found on the #25Orlando convention website (to be live soon).

Carolyn Wilman (aka @ContestQueen) is the author of You Can’t Win If You Don’t Enter. She teaches others how to find, organize, enter and win contests, sweepstakes and giveaways. To-date others have won over $1,000,000 using her Online Contesting System. With over twenty years experience as a Marketing Consultant, Carolyn also helps companies create, and viral market, winning promotions maximizing ROI and loyal customers. 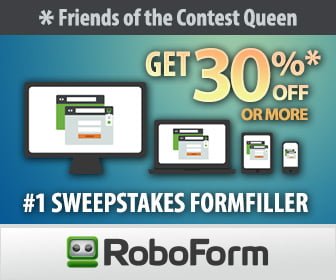